Criminal Law: What is the Difference Between Detention and Arrest? 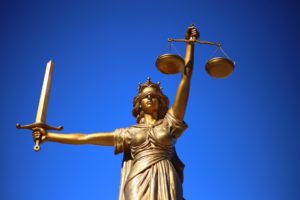 You’re walking down the street, minding your own business yet suddenly a police officer orders you to halt and is starting to ask some questions. With this situation, you are pretty sure that you are not free to leave. Does this mean that you are being arrested, or are you just simply being detained?

Being held against your will is pretty scary. You can either be detained or arrested, but what’s scarier is that you know nothing about the basics of the law that you should have known as a citizen. Detention and arrest are two different things, and its differences are important because your rights change drastically from one to the other. Thus, start knowing by reading here the differences of detention and arrest.

Detention and arrest might both sound and feel like they are just the same with similar experiences, but the rights that it comes up with during these two distinct events vary significantly. For example, an officer needs reasonable suspicion to detain you, on the contrary, that officer needs a probable cause to arrest you. See the difference? This is why the distinction between the two is important.

In detention, an officer’s brief and cursory action will be imposed and you’ll probably be stopped in a public area without being transported to another location. The brief and cursory is the holding and questioning of an individual who is considered as behaving suspiciously.

In this scenario, the officers that have detained you will ask you questions, like your identification and the reason why you are currently in the area. In this situation, you are not under arrest but you are not free to leave either, not unless the officer will have a probable cause.

A typical detention scenario would be law enforcement officers temporarily stops a person in a public area. Which is for the purpose of requiring the individual to identify himself and to justify his presence and activity in the current location. For example, if a police officer sees a man loitering around an area or is otherwise acting suspiciously around an area known for crimes then the officer may detain him and apply the brief and cursory action.

If there would be an instance that the officers develop reasonable suspicion that he may be dangerous, then they may detain him for further questioning and may be accompanied by a patdown search for weapons. Another legal method would be using metal detectors, a drug-sniffing dog, or computer search to determine if the person has any outstanding warrants for their arrest.

When Does Detention Lead to Arrest?

After knowing what detention is, here is what you need to know about the arrest. Before an officer can arrest you, the officer needs to have a probable cause, which means to say that the circumstances of your detention have led to a probable cause that would lead the officer to believe that there is a substantial chance or high probability that you were involved or were about to be involved in a crime.

The person that is arrested will then be put into custody. Custody can mean a number of things, such as you might be driven back to the police station or be court held custody wherein you are unable to leave within a short period of time.

So, how will you know if the detention has ripened into an arrest? The court considers a variety of factors in determining whether the person involved with detention has become an arrest case.

Here are the key factors as to how the court decides it has become an arrest case:

On the contrary, if there are no questions asked, other than some questions about basic biographical information such as name and address, the warning stated is not needed to be given. Following an arrest, the law enforcement officers will have the freedom to search an individual or their surroundings, more than they get to do during the detention.

Being charged would be pretty really scary, but you should remember to keep calm and assess the situation. Once detained, the difference between detention and arrest can easily become a blurry memory. Thus, you need to know your rights and call for an experienced criminal lawyer to help you out and protect your rights in the process.